Seasoned. Passionate. Successful.  These distinctions mark our Executive, Technical, and Business team.   We work hard to earn and maintain your trust and, along with our Technical Staff, work with you–24/7–in solving your toughest seismic problems. 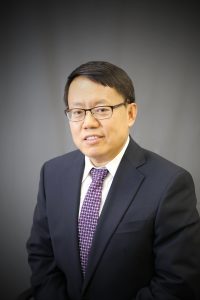 Joe has more than 27 years of experience in the oil & gas industry and academia. Joe specializes in raytracing methods such as TOMO, Gaussian Beam, and Kirchhoff. Before starting In-Depth, he was the Director of Seismic Velocity Modeling in the Technology Organization at ConocoPhillips. He was also a Co-Founder of Nexus (acquired by WesternGeco in 2008). He has a Ph.D from the Center for Wave Phenomena (CWP) at the Colorado School of Mines, he received an MS degree from Harbin Institute of Technology and has received a BS degree from Shandong University. He also serves as a Board Member of the SEG Foundation (Jan 2018 - Jan 2022) and was the Chairman of the SEG Scholarship Committee 2017. 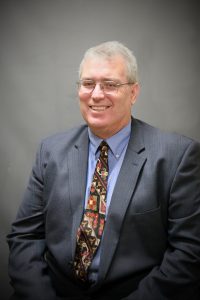 Peter Eick consults for In-Depth Compressive and is also the owner of Serenity Geophysical Consultants, LLC, a company that acquires and QCs seismic data. He has 30 years of experience designing and acquiring seismic surveys worldwide. He worked for 25 years at ConocoPhillips as a Principal Acquisitions Geophysicist with a specialty in land seismic, including microseismic and VSP surveys. Peter is an active researcher with 48 US and 28 international patents granted and is the co-inventor of the ZenSeis™ acquisition seismic method. He is a licensed Professional Geophysicist (#16), Continuing Education Instructor for the SEG, and an active member of the SEG, GSH, and AAPG. Peter has a BS degree in Geology from Michigan Technological University and an MS degree in Geophysics from University of Utah. 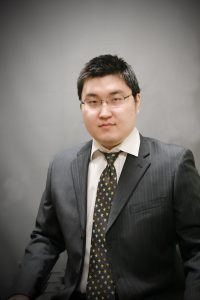 Tao Jiang has been promoted to be the President of In-Depth Compressive Seismic, Inc in June 2022. He has spent 20+ years in both the oil industry and academia. He is specialized in compressive seismic acquisition and imaging, sparse inversion, seismic modeling and migration, rock property characterization, seismic attribute inversion, and effective medium theory. He received Geophysics degrees: BSc from Peking University; MSc from the Chinese Academy of Sciences; and Ph.D. from the University of Houston. In 2013, he joined Upstream Technology of BP America Inc as a geophysicist; In 2016, he joined In-Depth Geophysical, Inc. He is the key developer for In-Depth Compressive's two vital US patents on Regular Indexed Compressive Seismic Survey Design and Reconstruction. He is leading the R&D and Production effort in IDCS. 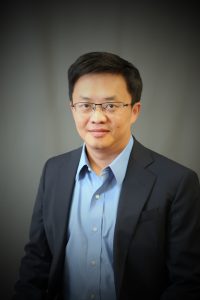 Bin has 20+ years of experience with the oil industry and academia. Bin specializes in wavefield methods, such as finite difference, RTM, FWI, and Velocity Estimation. Before joining In-Depth, he was a Staff Geophysicist at ConocoPhillips, and worked for GXT in the imaging team prior to joining ConocoPhillips. Bin has an excellent track record in tuning up resource-intensive applications in the industry. He has a Ph.D from Rice University, an MS from Chinese Academy of Sciences, and a BS from Beijing University. 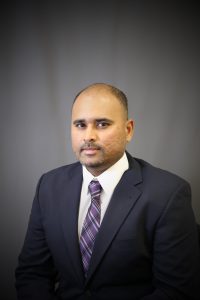 Joel has 10+ years of experience and expertise in both time processing and depth imaging. He began his career offshore, in the Barents Sea. Prior to joining In-Depth, Joel was Processing Manager at Geotrace Technologies and Senior Geophysicist at Geokinetics in Houston. Joel has a BSc in Electrical Engineering from The University of the West Indies. 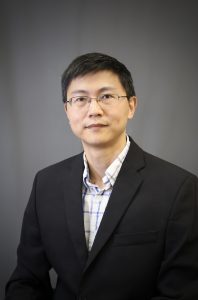 Yifeng Jiang has been working in industry and academia for 20+ years. He has extensive experiences on various seismic processing and inversion methods, image processing and analysis, as well as HPC programming and administration. Before joining In-Depth in 2013, he was a research scientist on medical imaging at Texas Children’s Hospital. He obtained BS&MS from Xian JiaoTong University, and Ph.D from The Chinese University of Hong Kong, all in electrical engineering. He completed his post-doctoral program on medical imaging at Yale University.

Our IP portfolio and strategy has attracted some of the brightest geophysicists and processors to join our rapidly growing ranks.  Our Technical Staff makes the time to gather all the available evidence, debate it, rigorously test it, reject the meaningless, reconcile the discrepancies, and then come to a solid conclusion that is both defensible and as close to the “ground truth” as possible.